SNAP Bloor West attended the Jewellery Social-Put a Ring on It on October 11th, 2013

It was a night to show off your favorite ring in the company of jewellers, industry suppliers and the public.

To see more about the Jewellery Social at Jewel Envy and all of the competitions that took place the month of October and during the event read the blog entry “So Many Winners to Announce“!

“Second Edition Toronto Urban Strolls 1 …for girlfriends” just came out May 2013 and Jewel Envy is listed as one of the places to go on the Roncesvalles stroll!

Jewel Envy Participated in the Toronto International Jewellery Festival May 2013 as well as SNAG Meta Mosaic 2013. Click here to see a video about Jewel Envy.

Gillian Batcher was interviewed for Jewellery Business about the upcoming SNAG conference and TIJF.

The RED Show was reviewed in Toronto Pearson Today 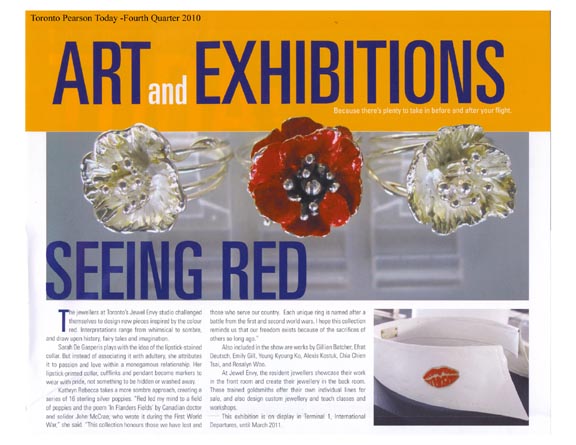 The RED show was reviewed in MAGazine

The Bulletin covered the student exhibition in the February and March issues. 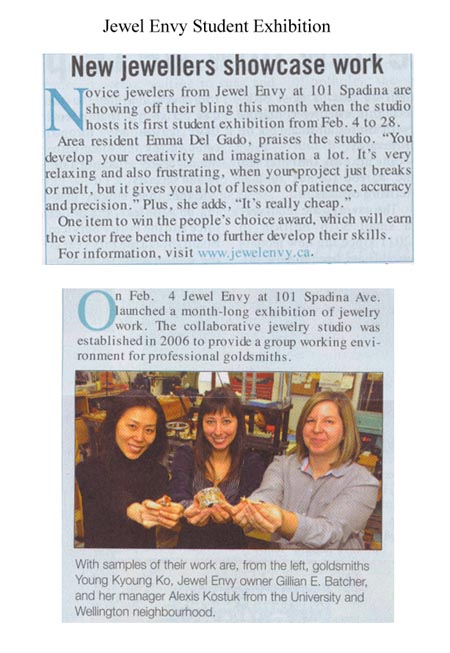 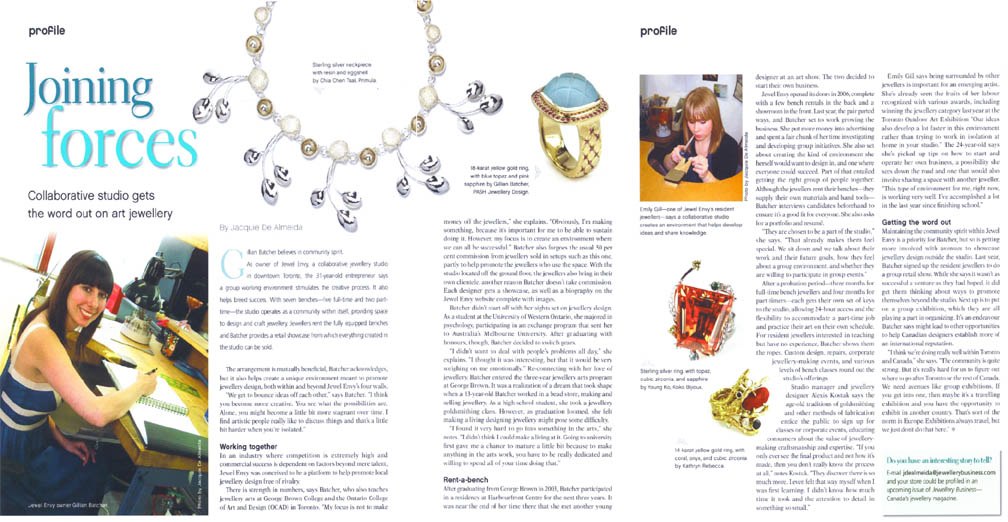 Profiled in Our Neighborhood Magazine