Benitoite is regarded as one of the rarest gemstones on the planet, it is formed in high pressure and low temperature conditions. Originally found on the San Benito Mountains in California, where it got its name, but it can occur in a number of isolated locations across the globe like Japan and Australia. 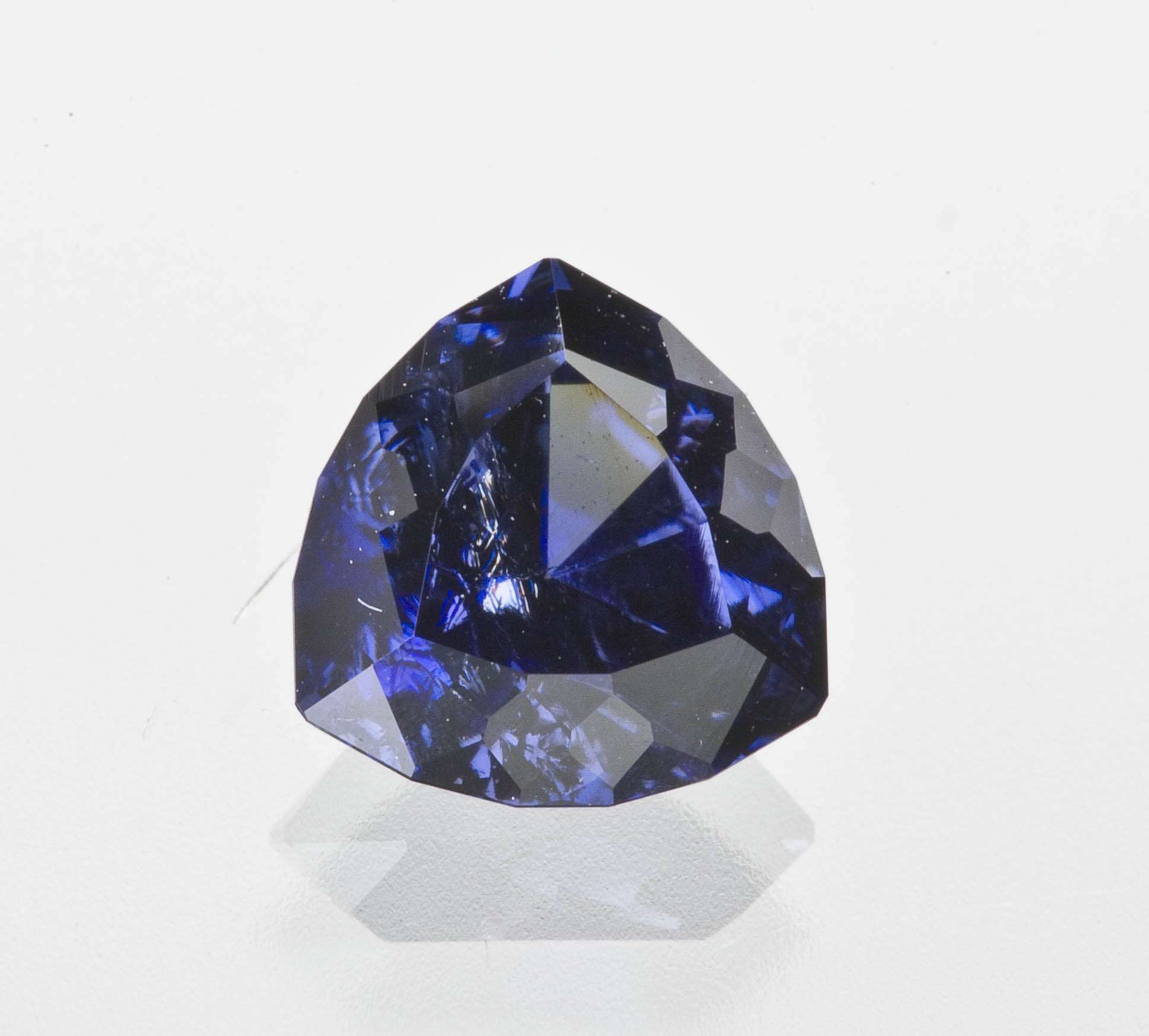 The resemblance of color makes this gemstone almost indistinguishable from a blue sapphire,
although there is a trick to recognize this gem, put it under a UV light and see how this translucent gemstone becomes a glowing solid rock out of a Sci-Fi movie.