I recently made a few pieces that use a technique called fold forming. Basically what it entails is taking thin sheet metal and folding it. What you do from there is entirely up to you! It’s a fairly limitless world with quicker gratification that say anticlastic forming which requires A LOT of patience.
At a show I participated in earlier this month people were asking me a lot of questions about the pieces and were very interested in the process. I found this demonstrative video on Rio Grande’s Youtube channel that shows the kind of fold forming I used to make these particular pieces.
This one is called a rueger fold. You can cut out any shape as long as you keep the fold. You don’t even have to hammer on the folded side, this is just one example of many! 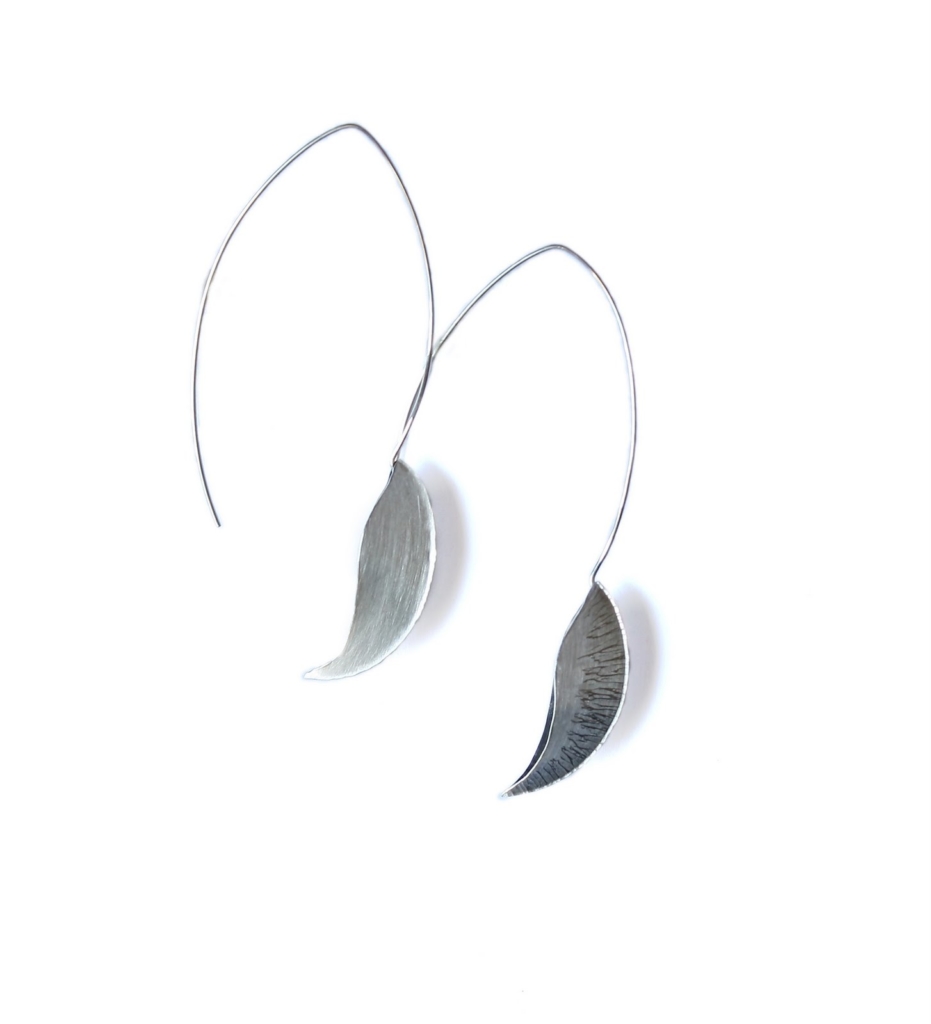