Today’s blog post is about my absolute FAVOURITE gemstone – Labradorite. 🙂 Not only am I in serious love with the luminescence,
majestic and shimmering nature of the stone, but  I also love the
legends and history behind it.

Labradorite was first found in 1770 by Morovian
missionaries in the Isle of Paul, near Nain Labrador, Canada.
Thus, the gem was named as such ‘Labradorite’. The gem has made its way to Europe in the 18th century and became extremely popular, as no 2 pieces are identical, it was highly coveted and valued in jewelry in England and France.

According to the Eskimo Inuit and the Native American
Innu of Labrador, legend has it that in the ancient times, the Aurora Borealis were
entombed within the rocks on the shoreline of Labrador. One day, an Inuit
warrior found it, and struck the rocks with his spear, and the lights exploded into sky, creating what we know today as the Northern Lights. However,  he wasn’t
able to free all of them, which is why today we are blessed with the stone of the lights, Labradorite.

Another legend claims that a Mighty Being
would stroke the rocks in order to travel to the sky. Norse mythology states that the
Northern Lights were created by gods and were meant to be freed to be a
bridge to the heavens. In Oriental culture, it was called the “phenomenal gem” to be worn on
Saturdays. There’s also a myth that the lights
inside Labradorite are aliens or evolved beings trying to connect to us.
Whatever you may or may not believe, I think we can all agree on one thing, the stone is stunning. Maybe if I wear it enough, I will get magical powers too! 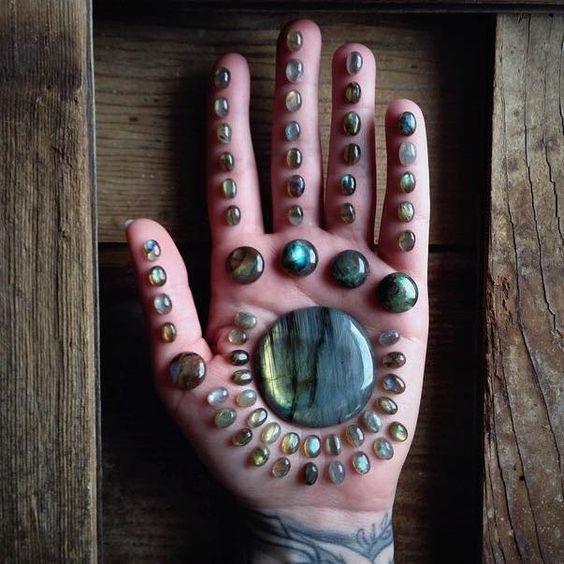 Happy Shimmering Saturday to all of you! I’m here all weekend, stop by!