Last spring I had the pleasure of visiting Ponte Vecchio in Florence, Italy and it was a beautiful experience to say the least. The Ponte Vecchio, or Old Bridge, was the only bridge across the Arno in Florence until 1218 and was rebuilt after a flood in 1345.
During World War II it was the only bridge across the Arno that the
fleeing Germans did not destroy.

Ponte Vecchio is a very romantic spot in Florence, with its great views over the river and of the bridge itself. By night, the wooden shutters of the shops create a look like suitcases
and wooden chests, making it a very suggestive route to take for an
evening passeggiata, or stroll.

There have been shops on Ponte Vecchio since the 13th century. Initially, there were all types of shops, including butchers and fishmongers and, later, tanners, whose “industrial waste” caused a pretty rank stench in the area. In 1593, Ferdinand I decreed that only goldsmiths and jewelers
be allowed to have their shops on the bridge in order to improve the
well being of all, including their own as they walked over the bridge.

Today there are hundreds of shops alongthe Ponte Vecchio that glisten with gold for your viewing and purchasing pleasure. I know I indulged in a couple keepsakes for myself and I encourage you to do the same next time you find yourself in this Artisan city ~ you wont be disappointed! 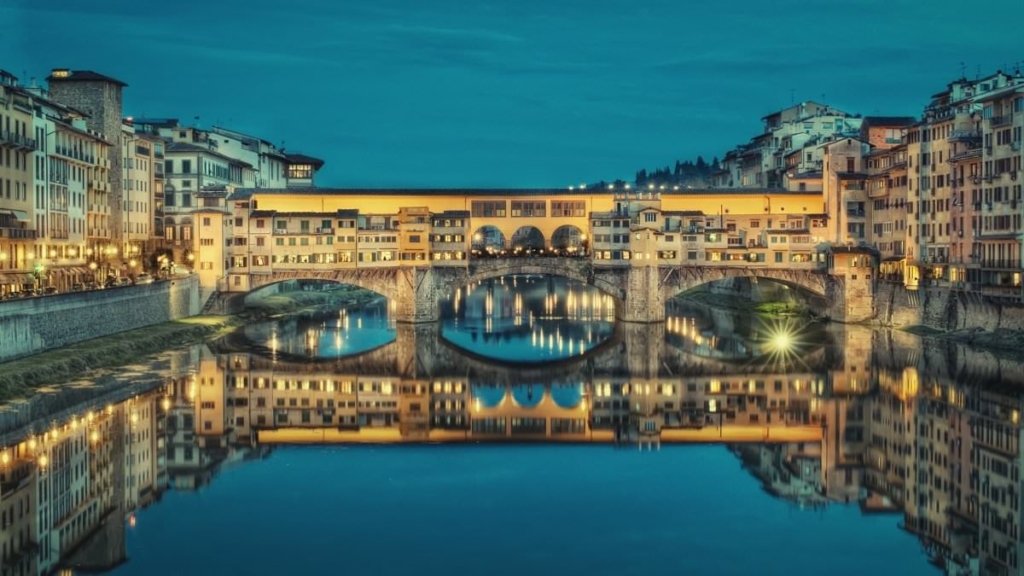